LIGHTS IN THE DOME OF THE SKY

LIGHTS IN THE DOME OF THE SKY This picture shows the constellation of Orion the hunter from my garden in Mansfield, the main stars are visible including the ‘belt’ but they are only a fraction of the stars that should be seen. We suffer from the effects of light pollution, a widespread problem but particularly evident in towns and cities. We lose the chance to be amazed at Gods Creation in the form of countless stars and other objects of the night sky. We know that all of Creation is important to God, he speaks of this very constellation to Job ‘Can you bind the chains of the Pleiades or loose the cords of Orion?’- Job 38:31.

Yet we squander the gift of the beauty of the night sky with our wasteful use of light for example, too powerful and ill directed security lights, an obsession with lighting up the sides of our houses, advertising displays and non-essential street lighting. Reducing lighting would also reduce the carbon emissions associated with the production of electricity powering the lights. But the effect of artificial light at night also disturb wildlife disrupting natural rhythms. We as humans are also affected by light disturbing normal sleep patterns.

As with so many aspects related to our relationship to the World, we are failing as stewards, harming ourselves and depriving all of a true appreciation of the wonder given freely to us.

Creator God, we thank and praise you for the beauty of your Universe. As we learn more about it and about you , may we always be mindful of our responsibility of care and enjoy the land, sea and sky as you would wish.

The image below (courtesy of NASA) shows Orion in its true glory! 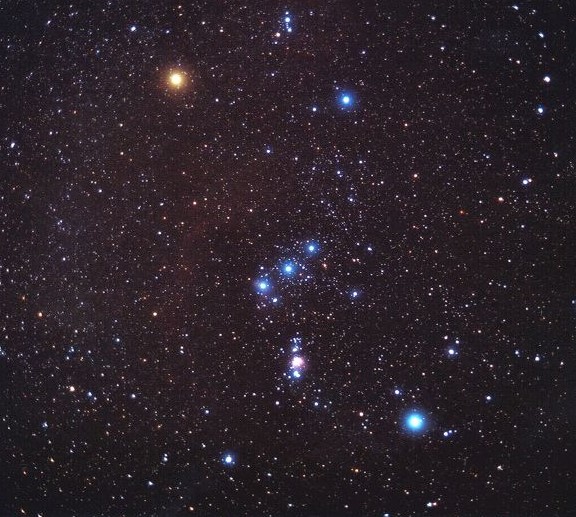