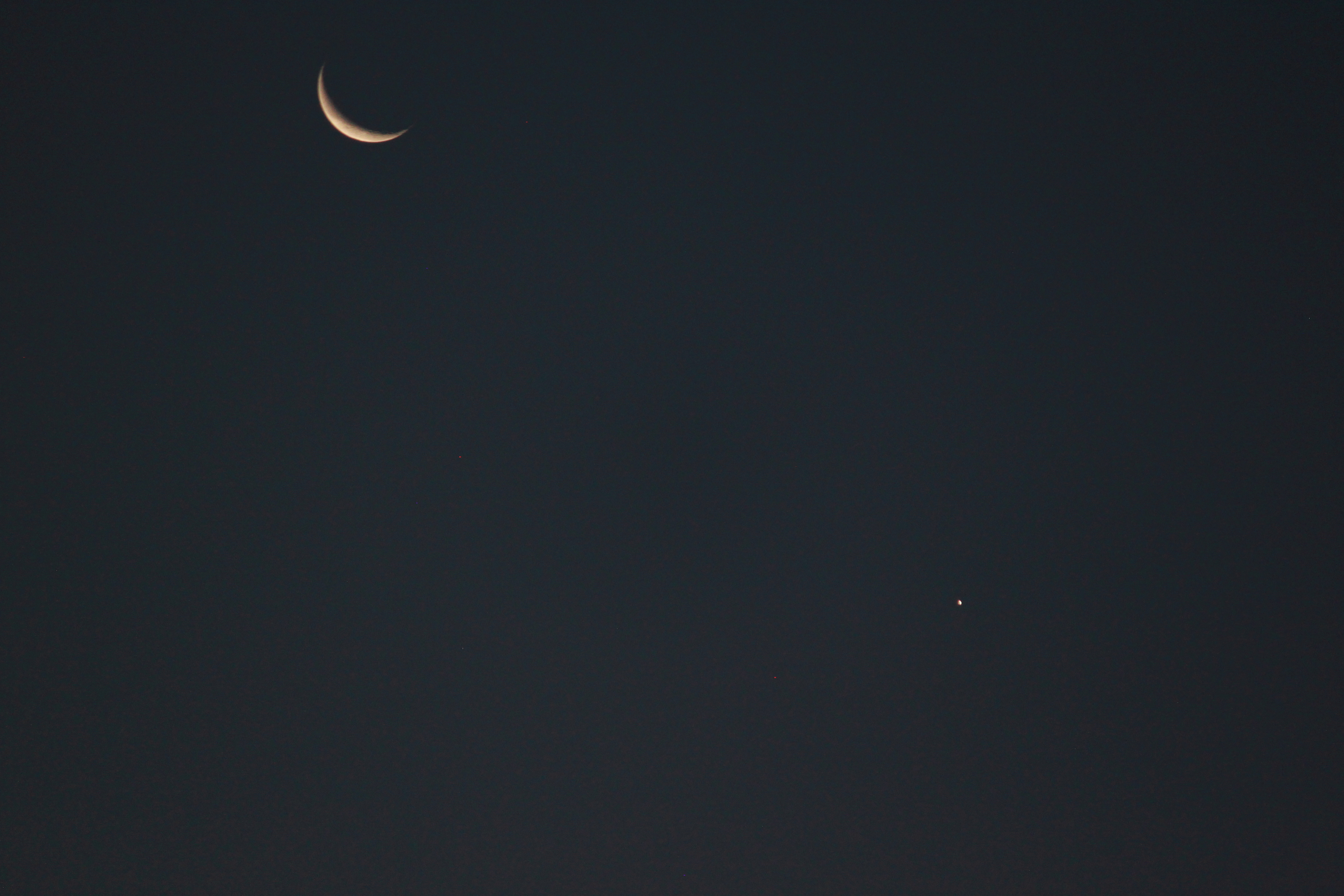 The tiny dot below and to the right of the Moon is Venus earlier this month , now shining brightly in the morning sky having been a feature of the evening sky at the beginning of this year.
It has been in the news recently because of the possible detection of bacterial life high in the clouds that envelop it. The search for the most likely places for life away from our planet has changed over the years.  When I first became interested in Astronomy it was still thought possible that Venus had a tropical enviroment that could support life , but space probes showed the surface to be incredibly hot , the atmosphere mainly carbon dioxide with sulphuric acid clouds , life seemed improbable . Mars was a more likely place to find life yet , despite many missions , life on Mars has not been proven. It appears that life may have been found in the most unlikely place.
Venus featured in the allegorical novel ' Voyage to Venus ' by C.S.Lewis , more familiar for his Narnia books and The Screwtape letters perhaps. His book was written as part of a trilogy when life on other planets nearby was thought possible and similar to our own. It is a long time since I read the book but my recollection is that it depicted a world of innocence and potential , an Eden before the fall.
Today we link Venus to love  and as the Psalm says ' Your steadfast love , O Lord extends to the heavens, your faithfulness to the clouds'. ( v 5)
Just looking at Venus in the morning is a reminder of the love of God and the knowledge that there may be life there shows that our Creator is never to be underestimated!

We thank you Lord for the gift of life and stand in awe of your Creation and are grateful that you continue to startle us as we learn more. Amen